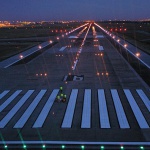 Gwen : I would like to reconfirm two of my clients on your flight 495 on 27April from PEK to SEA. Mr. Ian Mckerlich confirmation -NVWDNY and Mr. LizHog Hong confirmation-PLTNQ9 my email is gwen@aitvl.com. Thanks. There are no such bookings at the Hainan Airlines records. aryan(at)vivaldi.net

I would like to reconfirm two of my clients on your flight 495 on 27April from PEK to SEA. Mr. Ian Mckerlich confirmation -NVWDNY and Mr. LizHog Hong confirmation-PLTNQ9 my email is gwen@aitvl.com. Thanks.

PLEASE HELP I was on Hainan air HU7958 this morning landed at 5:50. Seet 45 A I left a small bag on the plane-I need what is inside- I am at Holiday Inn Express Dongzhimenwai Chun Xiu lu My number is ))97254 6136909 PLEASE contact me! paula@checkinisrael.com

The flight of November 16th 2013 from Beijing to Brussels became a horror flight for the passengers on board. I had my father in law on board of this plane bringing back my 9 months old son. This morning around 5:15 the flight was still scheduled to land at 6:35. After a brief time in a holding pattern above Antwerp they were diverted to Zürich. Trying to get information in Brussels Airport was extremely difficult at that moment. Conditions were indeed not ideal, visibility being around 200 m. It seems the pilots and/or plane from Hainan Airlines are not certified to make a cat. III Ils landing. Most of the planes were landing at that moment, proven by the website of Brussels Airlines and passengers streaming out at arrivals. From that moment a long string of disinformation and lies started to come from the people of Hainan Airlines. The plane had landed in Zürich by now. It is for me difficult to understand to fly that far while Schiphol, Eindhoven and Luxemburg had good visibility. They claim that they know Zurich quite well and it was easier to handle the problem from there for them (easier probably just means cheaper for them). Visibility never reached the required minimum during the day and the plane stayed in Zurich. Because people were getting (extremely) * they were driven out by the Swiss police to be dumped in the terminal with very little information around 13:00. Up to then they had not received any information on board, they even didn't provide drinks/food. I asked the question whether my baby had food, milk and diapers for this delay. They confirmed this, but this was also a lie. Eventually they checked into an hotel around 16:00. From that moment they had to take care of themselves. No representative of Hainan Airlines was present in the hotel to help them. A lot of the people on this plane can not speak English, German or French and are completely confused. I kept insisting they would transfer passengers to other available flights. There are 4 flights a day from Swissair/Brussels Airlines from Zurich to Brussels. They didn't want to do this because they claimed that they could not land because of the weather, even when given proof on the contrary. Around 18:00 we finally got a confirmation that they could but some people on the 21:00 flight. By that moment most people that were complaining already left for home. Only 3 adults and my baby came to Brussels on that flight. I had to find my father in law and the baby in the hotel in Zurich because they didn't have the room number nor a representative available in Zürich to give this information. While constantly discussing with the persons from Hainan Airlines with the plane still sitting on the tarmac in Zurich they started checking in the passengers for the return flight to Beijing, no delay indicated! A person from Swissport comfirmed that they lied about the departure time for that flight. Once everyone was checked in the delay was 1h30min. With the plane still standing in Zurich they admitted this was not correct. Later the flight time was changed to 7:30 the next day and all passengers returned from the terminal. Because of the weather conditions expected tomorrow this probably is also not correct. All information we obtained about the fate of the passengers on board came from passengers on board of the flight by use of their cellphones. Of course, batteries running low, information became less available. We didn't receive any piece of information of Hainan Airlines about what was going on. What they said were lies and proven to be lies. Now they have a flight at 7:30, they are not certain about this time. A second flight with the plane now sitting in Zürich is scheduled to leave at 12:30. Information from Swissport is clear, the flight from Zürich to Brussels will not leave before 14:00 because of mandatory resting time for the pilots. Tomorrow will be a big mess for these passengers in Brussels!

Reply
Airlines Inform - your guide to airlines all over the world.
Copyright © 2008-2022 www.airlines-inform.com. All rights reserved.
/hainan_airlines/ 1 1 1